“Possibly the coolest thing going in Australia by any criteria… The only band who tries to be funny who actually is funny.” Punk International

What began as a silly joke at a university comedy revue exploded into a much, much bigger joke on stages, radios and TV screens around the world. Rubber chickens, hummus smearing, swilling chicken soup through a shofar (ram’s horn), beefing with Adam Sandler… no sacred cow was left unslaughtered. In their ten messy years together, Yidcore released five albums, four EPs and a DVD and left a trail of chickpea strewn stages in Australia, New Zealand, America, Canada and Israel. Their crowning achievement, though, was a fully orchestrated, star-studded punk reworking of the Broadway classic, Fiddler On The Roof, described by Michael Croland in his book on Jewish punk, Oy Oy Oy Gevalt, as “Yidcore’s masterpiece.” Following their breakup, Yidcore was featured in the Jewish Museum of Berlin’s exhibition on the renaissance of Jewish culture, while Bram’s rubber chicken Scrambles was put on display at the Jewish Museum of Australia.

Buy Eighth Day Slice/Fiddlin On Ya Roof on iTunes
Buy They Tried To Kill Us. They Failed. Let’s Eat! on iTunes 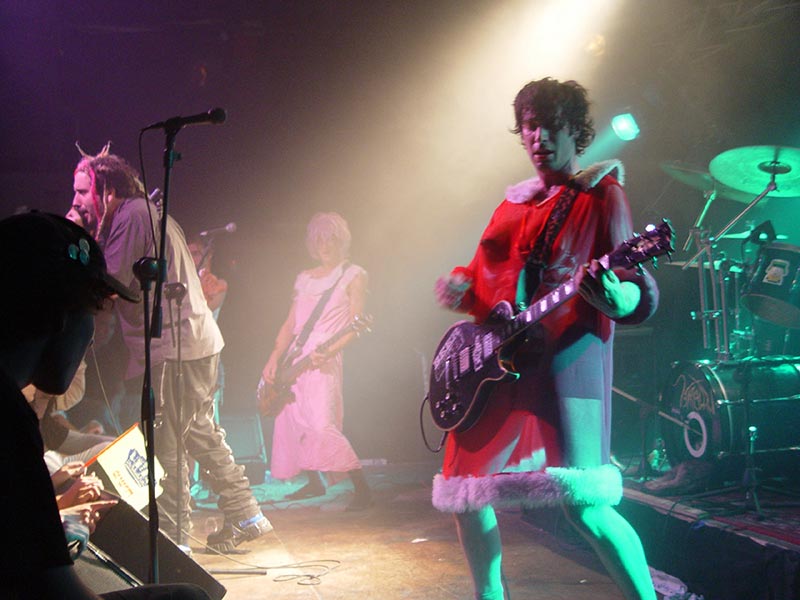